Which industrial sealant is right for your application 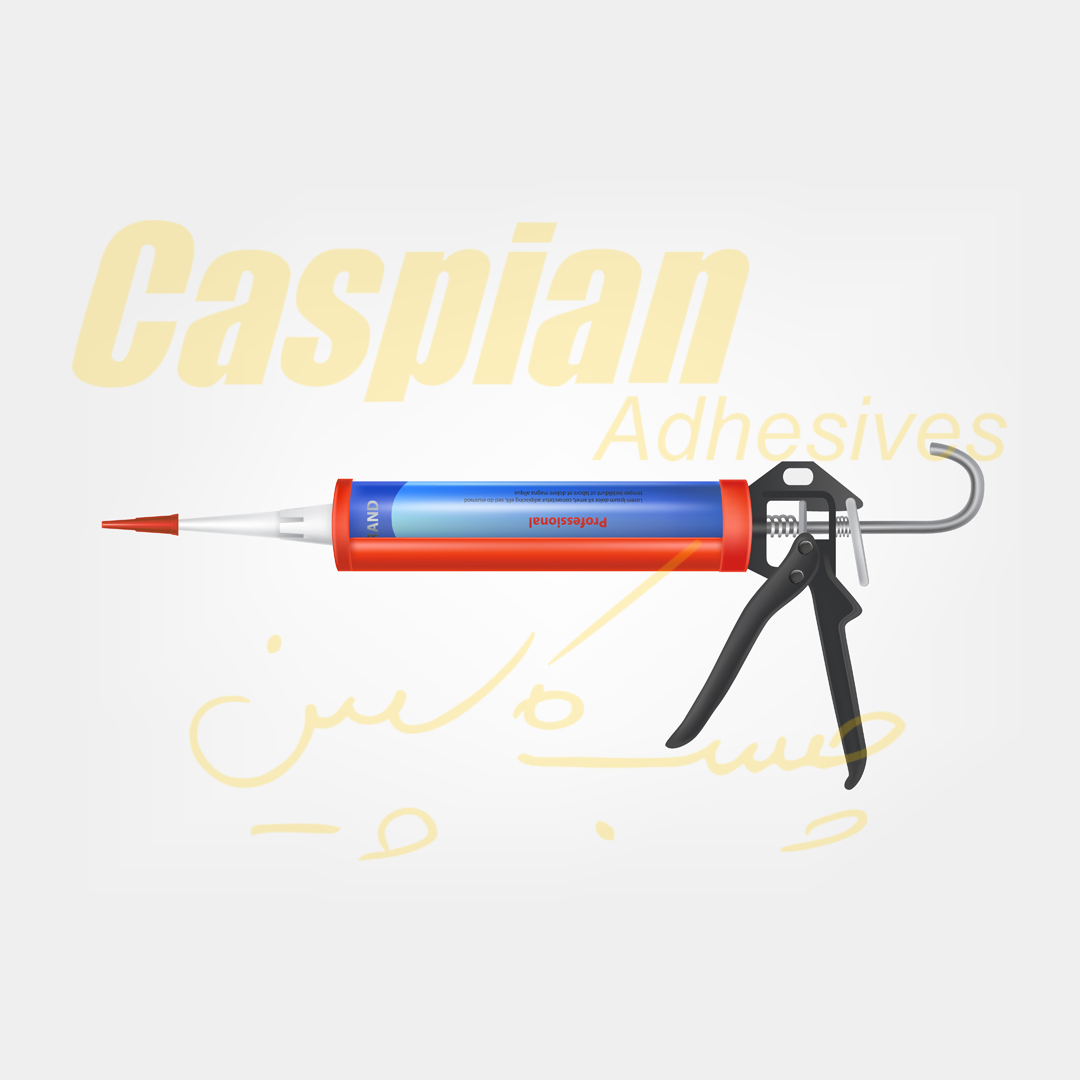 10 Dec Which industrial sealant is right for your application

Posted at 15:29h in Articles, Blog by admin 0 Comments

What is a sealant?

Sealant is a type of mechanical seal that is widely used in domestic and industrial applications in order to fill up unwanted gaps and openings that may cause the seepage of water, gases or any particulate matter. Mating of two or more parts together results in gaps, which adversely affect the integrity and the performance of the object. Sealants are effectively used to fill up gaps between the surfaces and close off any spaces that may occur. However, sealants are not an alternative to adhesives while some sealants do have adhesive properties.

Curing is a process under which the applied sealant is toughed or allowed to settle down effectively. The curing process and duration is solely based on which sealant is being applied to the joints. Curing process for some sealants may take few hours whereas for some it may take up to weeks. The methods that are used to cure different types of sealants are as follows;

Under this curing procedure, the sealant is applied at the joint and left untouched at room temperature. The moisture in the air cures the sealant. Ambient temperature sealant usually have a curing time from thirty minutes to four hours. The thickness layer of the sealant as well as the ambient humidity directly affects curing time. Silicone and epoxy sealants are usually cured using this method.

For the thermally cured sealants, the sealants do not reach its full toughness and hardness until it has been heated to a specific temperature. The sealants that are thermally cured fall under two distinct categories namely – Thermoplastic sealant, and Thermo setting sealants. Polymer sealants are usually cured using this method of curing.

Anaerobic curing is the curing of the sealants that cure in the absence of oxygen. Anaerobic sealants are usually used in the metal joining while exposing them to metal ions.

Ultraviolent light or electron beams are used to cure the sealant instead of applying heat using some external heat source. This method of curing is advantageous as it demands less energy consumption and quicker cure times. Acrylic sealants can be cured using this method of curing.

Currently, there are more than forty types of sealants available in the market, out of which the most commonly industrially used sealants are as follows:

Phenolic sealants are types of resins that provides effective bonding and have a good endurance rating against high temperature. Phenolic sealants is the only sealant that is available in powder, liquid and film form. The phenolic sealant is usually composed of phenol and formaldehyde chemicals.

The group of polymers that makes up this category of sealant includes polyesters, polyamide, polysulfide and vinyl. The polymers forms a permanent flexible seal at the joint and uses the moisture in the air to cure. Polymer sealants are ideal to be applied on joints that encounters repetitive movements or are subjected to a varying temperature. One of the drawback to polymer sealant is that it requires the most curing time as compared to the rest of the sealants. Therefore, polymer sealants once applied to a joint are kept untouched for a long duration of time.

Due to its ease of use, durability and being room temperature vulcanisable (RTV), silicone is the most commonly used sealant both domestically and industrially. Silicone is widely used in the sealing of high-rise building, bridge joints and various weatherproofing purposes. Silicone being water-resistant is also used extensively in the sealing of sanitary joints in houses.  Silicone is also the primary sealant used for the sealing of electric sockets, wires and fire-rated joints. Silicone having a high strength after being cured properly are also used in the structural glazing where they act as a load-bearing structure. The famous Burj-Al-Arab is a marvel of engineering sporting the silicone structural glazing.

To decide which sealant to use of all the available sealants, it must be made sure before application that whether the joining material is compatible or not. Having a sealant being applied on an incompatible material may result in the degradation of the material and failure to seal off the joint.

An easy guide to apply a sealant

The following pictures provides an easy step-by-step guide to perform a well-sealed joint.
Step one – Clean up the surface: Clean the surface with a cloth and make sure that the joints are dry and grease and dirt free. 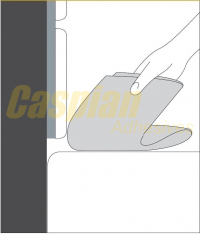 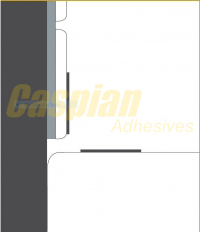 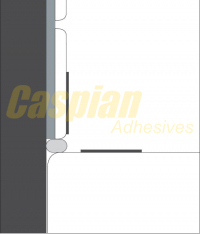 Step four – Application of sealant: The sealant is applied manually or using a sealant applying machine. Handguns are the most common type of sealant applicators.

Step five – Joint smoothing: The joint is smoothed out using a plastic card. This allows for a better sealant contact with the joint.

Step six – Remove the masking tape: After all the previous steps are completed accordingly, the masking tapes are removed. Allow some time to cure if the sealant is cured at ambient temperature.